Posted on August 4, 2019 by epamuodikkaitaajatuksia

Disclaimer: I know nothing about the HX scenarios (well, apart that there were 7 of them as BAE let slip.), but I have decided to make a guess what they might be. 1st one was air domination/interdiction at the Archipellago sea. This one is based on RAND scenario about fight in Baltics.

Also I do NOT have NATO weaponeering manual or program, (the manual and program real pros use to calculate the effects needed to achieve the desired damage) so my guesses of ordnance needed may be WAY OFF. So if you know better, more power to you.

Finnish south coast, Russia to the east and Estonia to South. Prime real-estate on northern flank of air war over the Baltics.

As NATO and Russia fight in Baltics, Russian armed forces try to take and hold Åland archipelago and Finnish south coast. As Army is fighting in Border. Air Force makes “Deep Strike” into the Neva-Svir bridges, to cut off supplies from the front. In Neva and Svir (Syväri) rivers there are 16 road- or railroad bridges, that need to be cut to stem the flow logistics of the Russians to the battles near Wyborg and Lappeenranta. There is also the Dam around Kronstad and her gates. On the dam runs so called circleway of St. Petersburgh. This is combined with battlefield interdiction in Karelian Isthmus. The operation is covered with offensive counter air operation. NATO forces have already destroyed Suursaari (Hogland/Gogland) Air surveillance radar.

General: Russian forces have made landfalls in Åland Islands, and Navy and Army readiness units are fighting in Archipelago sea and preparing to recapture the Åland mainland. Also readiness units are delaying Russian armed forces in Imatra-Lappeenranta-Enso area of operations. Army mobilization is still ongoing in all Military Areas.

Russia has pushed into all Baltic states and NATO is fighting heavily, albeit loosing ground battle, but has significant air assets in place in Sweden. NATO airforces are involved in heavy fighting against Russian aerospace forces. Russian forces have set up AA and Ash missiles in Åland mainland.

Russian forces have crossed borders in Vironlahti and Nuijamaa areas and are pushing towards west along road number 7 towards Hamina and  Lappeenranta along the road 13  and  with weaker forces in Imatra towards North to “Kolmen Ristin Kirkko” in Immola. Suojajoukot (protection forces) are fighting, and mobilization forces are joining the fight as they are formed and deemed battle ready.

To ease the pressure and to buy more time for mobilization of field army, FAF will cut off the battle area from Russia along river lines Svir, Taipale and Neva, and also disrupt road and rail works in concert with interdiction of enemy forces’ movement in Kannas isthmus.

Army’s MLRS systems and other artillery systems will combine in operation with defensive fires into Viipuri-Antrea-Käkisalmi area. Also MLRS will support the SEAD/DEAD by fires and targeting traffic choke points on Taipale waterway.

Enemy: Russian air force is heavily entangled in fighting in the Baltics against NATO airforces. So resistance will not be unbearably heavy. 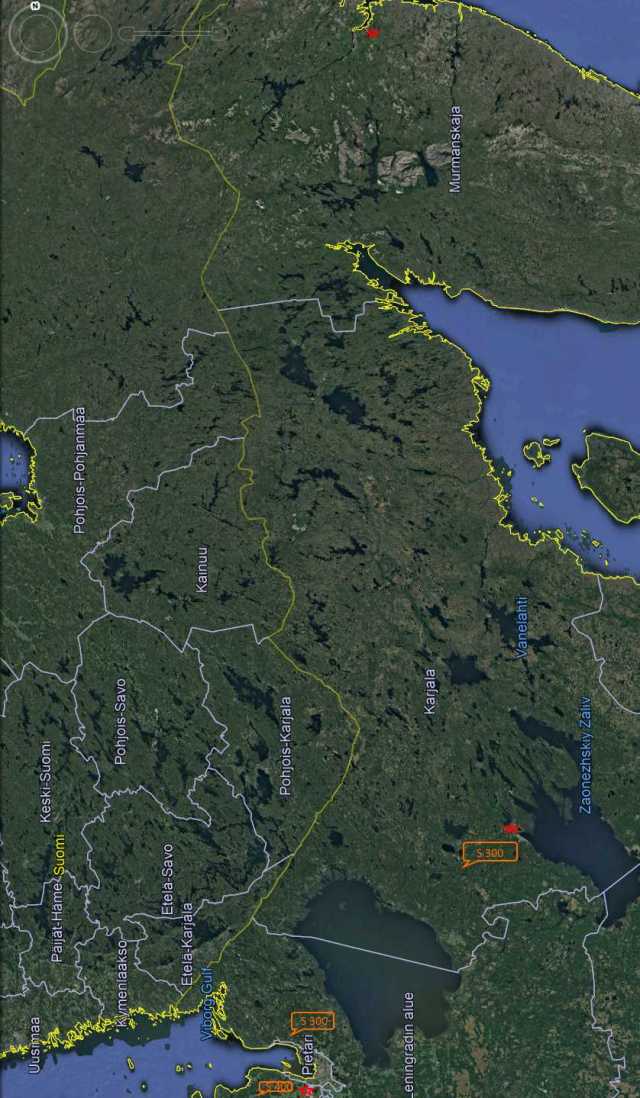 Russians will be responding from their basing in Murmansk, Petrozavodsk and Levashovo area. Numbers will not be too large, considering they have to fight NATO air forces in north and in Baltic.

Aerospace is defended by  7000th flight base with 52  SU-27 UB in Petrozavavodsk, 14 SU-33 in Severomorsk, and  22 SU-27 in Pushkin south of St Petersburg. These will be fighting NATO forces from Sweden over Baltic sea and -States in south and in north over Norway and Arctic Ocean.

There will be GPS jamming which will deteriorate the GPS guidance kit performance, so PAWEWAY laser guided bombs are also used.

St Petersburg and Neva 12 bridges and The ring way damn, bridge and tunnel system. Targets from west to east.

How this would, maybe, play out with different HX- candidates: (to be followed in something like that order)

DCS world is free to play awesome air combat and flight simulator. Basic package is free, but has only two planes. You can purchase other planes like MiG-21 bis, F/A-18C or Mirage 2000 for example.

If weaponeering intrest you, there is a quite good intro (iron, laserguided and GPS guided) for them for DCS flight simulator. This primer is done by Aussie Hornet.